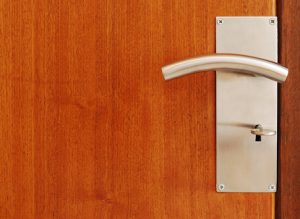 In my first blog post of this three-part series, Look at Me!, I shared the story of Jeremiah who killed his career by going overboard trying to promote his own interests to the dismay and detriment of his peers and clients.

In my second blog post of this series, A Hidden Gem, I shared the story of Marissa who felt stalled in her career, but never brought to light her entrepreneurial talents and interests. Her failed strategy for career advancement and renewal was letting her work speak for itself.

“Do you think I should tell my boss that I’m looking for a new job in another part of the company?,” “Hugo” (not his real name) asked his peers in our career coaching group. Hugo had attended a class I taught to help working professionals within the company identify alternative career options that align with their interests, strengths, and values among other key factors. He was early in his career and had recently started to branch out by conducting informational interviews with managers outside his home department to learn about other areas of the company. His goal was to broaden his exposure and experience beyond his academic training and his first job within the company. He also became involved in the company’s Diversity committee which enabled him to meet a cross-section of peers as well as senior level leaders across the enterprise. Hugo also demonstrated a can-do attitude with challenges that arose and was valued by his peers as a helpful team player.

Using these various strategies, he was gradually gaining more visibility across the organization while being in a better position to share what projects he was working on that exciting for him, what he was passionate about, and his goals during the course of regular conversation.

Hugo was now feeling a little stressed and unsure of himself. He was doing all the right things to enhance his career prospects, but was afraid to talk to his boss about his aspirations. However, his boss could have a great influence with Hugo’s future career prospects. Hugo feared that if he made a mistake, his boss could retaliate and tank his career mobility with a poor referral to other managers or simply refuse to let him transfer.

After the group probed and peppered him with questions, it became clear that he had a strong sense of loyalty to his boss who had hired him into the company. He didn’t want to risk offending him and ruin his chances for promotion in his current department if things didn’t work out elsewhere in the company. “I see myself returning to this department some day and don’t want to burn any bridges,” he explained. Hugo was rightly concerned to focus on proper business etiquette. He soon realized that continuing to avoid a career conversation with his boss would only make matters worse, especially if his boss heard something secondhand. He realized that it was better to tackle the conversation head on rather than risk his boss being blindsided once other managers began inquiring about his assessment of Hugo as an employee.

The dialogue between Hugo and his peers evolved from whether or not to notify his boss to“how to honestly convey both his respect for his boss while also sharing his deep yearnings to broaden his career experience.” Eventually, Hugo courageously had the career conversation with his boss and applied for a position in another part of the company where he stayed for almost two years. During that time, he kept in touch with his former boss and co-workers and subsequently was invited to rejoin the team at a higher-level position than before.

Hugo was able to fulfill his ambitions in tune with what I’ve seen the most successful career builders do – he proactively managed his career and confronted issues that easily could have held him back from achieving his goals.

What actions are you taking to achieve your career goals?