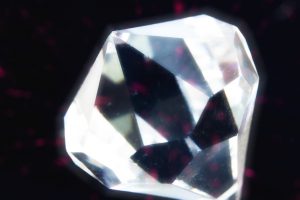 In my previous blog post, I shared the story of Jeremiah who killed his career by going overboard trying to promote his own interests to the dismay and detriment of his peers and clients.

I remember a conversation with one of my clients, “Marissa,” (not her real name) who managed her department’s budget, performed various data analyses, and produced reports that her boss and the CEO used. She was feeling stale and stalled career-wise and lamented that her boss wasn’t supporting her career growth. When I explored what she was hoping to do, she explained that she used to operate within a high growth start-up company and still had some entrepreneurial ideas she was trying to decide if she should pursue. She also felt she had about another 10 years left before retiring and was torn on whether it was even worth it to start over with a new career change or just settle in her current position and ride it out until retirement. She felt that she had proven herself through her hard work and dedication over the years and that her boss just didn’t care about her career.

Unfortunately, letting her work “speak for itself” wasn’t enough. What she didn’t realize was that her peers and other leaders outside her department that knew of her recognized she had been there a long time and thought she was happy there without any desire to do something different. They viewed her as a “one trick pony.”

Marissa’s current position and the way she went about it did not illustrate the broader entrepreneurial talents she had cultivated prior to joining the company. She was a hidden gem that nobody knew about. Moreover, she suffered under the assumption that others would magically notice her potential and recognize what she could bring to bear in a newer or higher level position. The reality is that her boss had suggested a few things to her which she discounted. Likewise, her boss had several other employees to manage and her own pressing issues that commanded her attention.

This balancing act was common among other leaders and decision-makers in the organization. And even if other leaders or peers do notice, they may not connect the dots between what you’re currently doing with what you could be doing or wish to be doing and how it may impact and benefit them.

As I say to many of my clients, “it’s great if you’re a gem, but you don’t want to be a hidden gem.” What good is it if you’re a diamond that’s three feet below the surface if no one knows you’re there? It becomes a game of pure chance for the right person to discover you. Therefore, it becomes clear that letting your work “speak for itself” is an insufficient and ineffective strategy on its own. It doesn’t serve you or your company very well to not contribute and highlight your many talents. So where does that leave us? If it’s wise to avoid being self-promoting and deceitful like Jeremiah and ineffectual to be a diminutive hidden gem like Marissa, what recourse are we left with when we’re seeking to advance our career?

What hidden talents can you bring into the light?

Continued in my next blog post…Goldilocks Goes to Work!