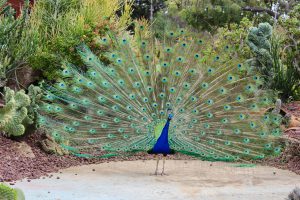 I had recently begun a new job and was in the middle of a succession planning discussion with my HR colleague “Jeremiah” (not his real name) and a shared client of ours who was a Vice President within our company. We had been helping him brainstorm and review names of employees who could potentially grow into his role should he be promoted, rotated to another position, retire, or decide to resign and leave the company for another opportunity.

As we were finalizing the group of potential succession candidates, Jeremiah began cajoling our client. “You know, you’re forgetting about the most important candidate.” The VP inquired as to who we were overlooking. “Me!” exclaimed Jeremiah with a wide smile while proceeding to extol his own virtues. His pandering of our client left me stupefied and speechless as my jaw nearly dropped to the floor. I thought to myself, “He did not just say that, did he? Surely, he’s joking” I thought to myself. Sadly, he wasn’t.

This was the first of many occasions when Jeremiah would ingratiate himself with our clients by taking credit for others’ ideas, inviting his peers to a free lunch only to leave out the part about everyone being forced to sit through an hour-long sales pitch by an outside financial services provider or forfeit their “free” lunch, to declining my carpool invitation two minutes before it was time to leave to attend a shared client’s team meeting as he had covertly arranged to drive up with a couple of our client VPs instead.

Jeremiah rarely missed an opportunity to boast about how he was once offered a seven figure salary by another employer and remind me and others what a “hero” he was for one thing or another. It was truly off putting and I called him out on his unprofessional behavior in private conversations to no avail – he would come up with excuses and occasionally apologize but just couldn’t seem to help himself.  After enough complaints by peers to the head of our department and remarks from clients who were confounded by his brazenness, he was reassigned and relegated to a role that would keep him out of the way and from causing any more collateral damage. While he was a bright man, his “it’s all about me” attitude eventually did him in. He had dug his own grave and killed his career.

Meanwhile, I’ve worked with many professionals over the years frustrated that they can’t seem to get the promotion they’ve been working towards. They’ve known people like Jeremiah and don’t want to be labeled as a self-promoter or braggart. Instead, they figure if they just keep to themselves, work hard, and put their nose to the grindstone, eventually the right person will notice and tap them on the shoulder for that next great opportunity. Moreover, many of them are from cultures that instill them with the belief that “the nail that sticks out gets hammered down.” They come to believe that their work should simply speak for itself. Should it? Does it?

What role has self-promotion played in your career?