I Used to Be Somebody 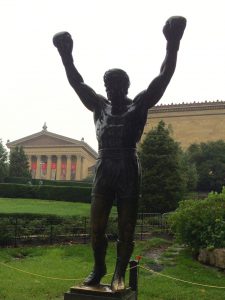 “The company lied to me. What gives?” One of my clients, “Melanie,” was seeking to get a promotion and applied to half a dozen jobs within the company she worked for to no avail. She didn’t get a single interview even after having been with the company for about a year. She had previously held a prestigious job in another organization and was trying to climb her way back into a position of similar status and significance.

Melanie stepped into her current job with the understanding that it was a way to get her foot in the door. The recruiter inferred that she should be able to move up relatively quickly. As time went by, Melanie approached her boss and shared her frustration with being stuck in a job that was far below her expertise and what she was capable of contributing. Surprisingly, her boss bluntly told her she was aiming her sights too high and recommended that she apply for more mid-level positions instead. She was devastated.

Melanie invested a considerable amount of effort networking within the company. She continually solicited advice from co-workers and leaders in an attempt to get herself into a better situation. By the time she came to me for help as her coach, she explained at great length all the things she used to do in her previous job and the influential people she worked with as well. In fact, each time we met she would remind me (and her peers) about who she “used to be.” This became problematic. Although she smiled and was polite, the negative energy she was putting out was palpable. She came across as jaded and harboring deep resentment regarding her current predicament. As a result, people tended to shy away from her.

I empathized with Melanie’s situation and knew how hard she was trying to keep a lid on her emotional distress. However, it was clear that she had become afflicted with a classic case of what I call the “I used to be somebody!” syndrome (remember when Rocky Balboa was retired and anguished about his former glory days as a boxing champion?). Melanie was not alone by any means. In my 15 years of coaching individuals, I’ve seen how this illness afflicts and eats away at the self-esteem of those who have been unemployed, underemployed, laid off, fired, retired, or quit their previous jobs.

Ironically, when we become consumed with getting back to what “used to be,” our focus narrows and we often miss new opportunities and options available to us. We often fail to acknowledge choices we’ve made that got us to where we are or are keeping us stuck. We resist accepting how our environment or current reality has changed since “what was.” As a result, our attention and energy becomes misplaced on the past rather than the present and future.

On one hand, there was plenty of evidence that materialized over the course of the year to support the notion that perhaps the company was not a good fit for Melanie. She didn’t want to admit to herself that it might simply be best for her to move on to another organization that could better appreciate what she had to offer. On the other hand, Melanie also failed to acknowledge and own the fact that she took a “step down” for some compelling reasons when she first joined the company. For example, her current job met some important needs for stability, security, and schedule flexibility that her previous one did not.

Melanie’s attitude and outlook started to improve once she accepted her current reality, acknowledged choices she previously made, focused on positives attributes of her current job, became more receptive to personal feedback, reset her expectations, and considered alternative approaches for managing her career that she had previously resisted.

In what ways does your focus on what “used to be” hold you back?