Give Hope a New Monday 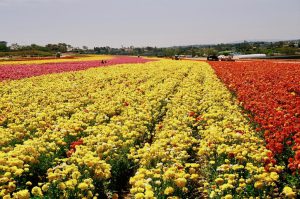 “Am I a bad mother for not wanting to work?” the 40-something divorced woman asked as we streaked at 35,000 feet above the earth. I had recently made a new friend, “Hope,” (not her real name) who was seated next to me on my flight to San Diego to visit family during a break from grad school on the East Coast.

Hope and I had initially struck up a friendly conversation around light fare including what I was learning in grad school and our common connection to San Diego. She shared that she lived in San Diego, was a single mother of a teenage son, and held a high-level job that paid her well.

I asked her how she liked her job. Rather unexpectedly, our conversation suddenly took a steep turn. Her face turned flush, her voice quivered, and her eyes began to well up with tears. She was clearly becoming overwhelmed with emotion. I calmly and delicately asked her what was behind the tears. Embarrassed by her sudden outburst of emotion, she apologized and explained that she was struggling to care for her son who was a 19-year-old special needs child.

Hope proceeded to share with me the various challenges she faced and how stressed she felt in trying to balance the full-time demands of her job with the competing needs of her son. Going to work each week was filled with constant worry and guilt about not being there for her child. Her son’s father had long been out of the picture.

After further discussion, I learned that her son was semi-independent after years of hard work to get him the best care possible. Hope had sacrificed everything so that her son would have a fighting chance at being able to live on his own (with some assistance) someday. However, the years of strain had taken their toll on Hope’s psychological well-being and she fantasized about quitting her high-powered, high-status job. Instead, she was considering taking a minimum wage type “no-brainer” job that would be absent the complex challenges she regularly wrestled with day in and day out.

“Mike, I just don’t know what to do. What will people think of me?” I was struck by all the pain she had been going through. I asked her if she could afford to take a job that paid next to nothing. She said that she could for a while if she had to. Knowing how stressed she was, I let her know that if she could financially afford to do it then why not? I didn’t think it made her a bad mother at all. In fact, I felt quite the opposite. “I’m sure everyone in your life knows how much you’ve sacrificed for your son. It seems clear that you need a break for you and your son’s sake,” I assured her. Suddenly, Hope burst into tears. She subsequently let out a big sigh of relief and smiled as she thanked me profusely for helping her decide what to do. Embarrassed and taken aback by her compliment, I found myself speechless as I didn’t think I had done anything special other than listening to her story.

Just then, the overhead cabin speaker beeped and our pilot came on over the intercom as he told the flight attendants and passengers to prepare for arrival. She explained that I had helped her focus on taking care of her own needs rather than worry about the potential judgments of her friends and colleagues or to let society’s expectations dictate her decision. She could now look forward to going to work on Monday rather than a sense of dread.

What unmet needs of yours, if sufficiently taken care of, would dramatically change your outlook of going into work on Monday?