Connecting Where You Are to Where You Want to Be. A Journey of Self-Transformation. 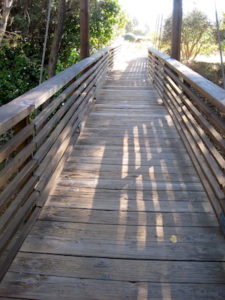 The November air was turning crisp and Thanksgiving was just around the corner. Nearly six years ago, I was at a personal wellness retreat in Tecate, Mexico. The grounds were magnificent. The place had an intimate village feel – filled with meandering pathways through exquisitely cultivated gardens and natural habitat; an abundance of enrichment classes to feed one’s mind, spirit, and soul; and an endless array of mainstream and alternative physical activities and artistic endeavors. To top it off, this place even had its own organic farm (which served as the source of our meals) while the surrounding area was loosely sealed off from the busyness of the outside world by a majestic mountain range.

What had brought me to this beautiful haven was a growing disconnection between myself and the world around me. I was at a tenuous stage in my life. I was 42 years old and in a bit of a mid-life funk. After having moved to a new city the previous year, I was feeling overextended and frazzled at work, struggling as a single father with a son who was constantly getting into trouble at school, catering to a girlfriend with one drama after another, and failing to establish any meaningful new friendships. While grateful I had a steady job, I was becoming bit unglued and wrestling with the unsustainable path I was on. I was running on fumes and in need of a detox. I sorely needed a reprieve from my everyday troubles and craved a fresh start.

The universe works in surprising ways. Just a few weeks earlier, my boss unexpectedly had given me a generous cash bonus of $2,500 for a career development program I successfully launched that year. While most of my life has centered around helping others, I had never really allowed myself the luxury of “extreme self-care.” The gift from my boss was my opportunity to assess where I was at in life and make a much needed pivot from where I was to a new direction.

I came back from the retreat with renewed energy and sense of purpose. The retreat enabled me to process and clear out unhealthy residue and toxins – mentally, spiritually, and physically. As a result, I was better able to establish and focus on a new vision for my future. In addition, what truly enabled me to make a positive shift was the guidance and support I received from a masterful professional coach. With regular coaching sessions, I was able to clarify my goals and priorities, establish a healthier mindset, address unfinished business that drained my energy, and start letting go of things that no longer served me well.

During one of my meditative moments at the retreat, I wrote out a poem, “A Coach’s Promise,” that captures the essence of what coaching has personally meant to me while also guiding my coaching of others to enable them to reach their intrinsic potential.

What transitional trash are you carrying that you can let go of?